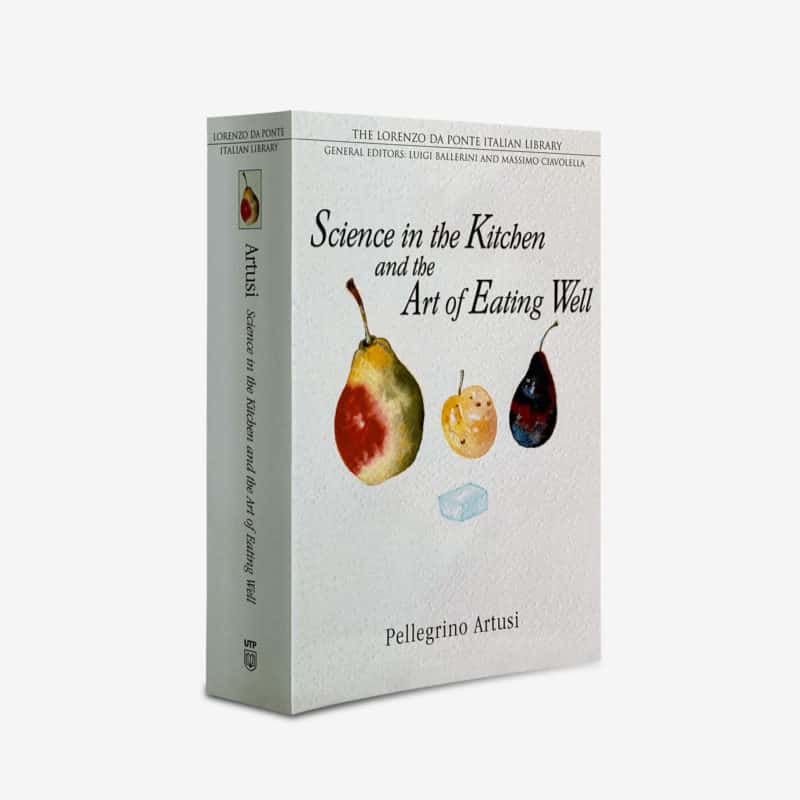 Pellegrino Artusi’s Science in the Kitchen and the Art of Eating Well, first published in 1891, has come to be recognized as the most significant Italian cookbook of modern times. It was reprinted thirteen times and had sold more than 52,000 copies in the years before Artusi’s death in 1910.

Although Artusi was himself of the upper classes he wrote the book not for professional chefs, as was the nineteenth-century custom, but for middle-class family cooks: housewives and their domestic helpers. His tone is that of a friendly advisor – humorous and nonchalant. He indulges in witty anecdotes about many of the recipes, describing his experiences and the historical relevance of particular dishes.

Artusi’s masterpiece is not merely a popular cookbook; it is a landmark work in Italian culture. This English edition (first published by Marsilio Publishers in 1997) features a delightful introduction by Luigi Ballerini that traces the fascinating history of the book and explains its importance in the context of Italian history and politics. The illustrations are by the noted Italian artist Giuliano Della Casa.

Email me when back in stock