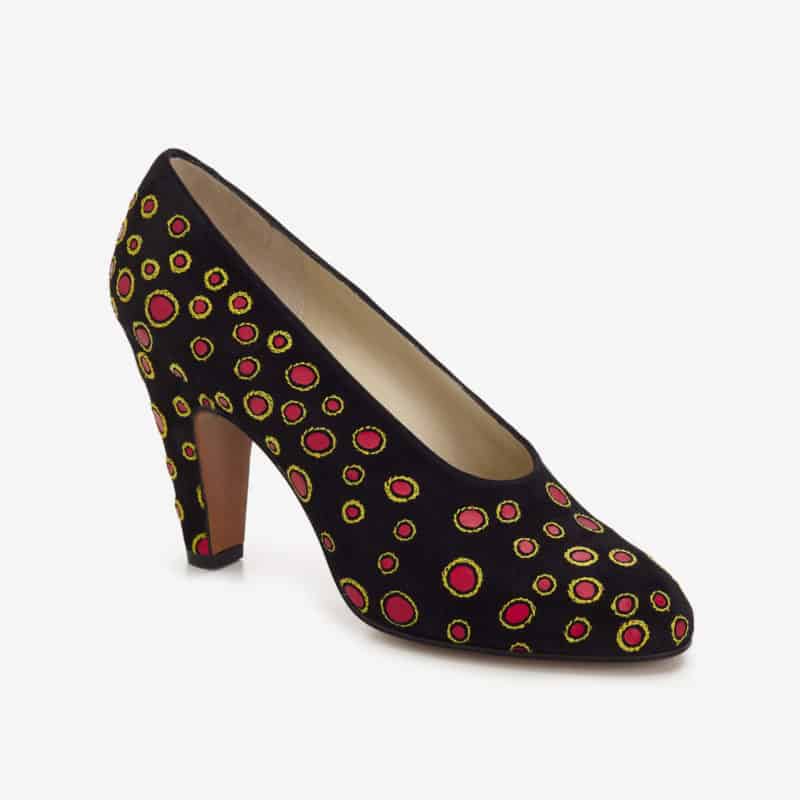 Ferragamo’s Creations v-shaped pump with painted dots featuring silk thread chain-stitched trim. Round toe.
A similar style was depicted in the advertisement that Futurist painter Lucio Venna created for Ferragamo in 1930. Since 1920, Salvatore Ferragamo had been designing uppers with oil painted or embroidered dots, clearly inspired by contemporary art and the geometric linearity described by Venna in his manifesto of 1917.