A Summer of Festivals Italy loves festivals – and knows how to organise some pretty great ones. Here are three to have on your radar this season

Whether it’s films or music, books or performative arts, festivals are a great way to immerse oneself in a place and its culture. In Italy, there are some of the best. Our pretty boot country loves to put on events themed around specific topics – we might be aesthetes, but we’re brainy, too – all the more so when the weather’s hot and life moves outside.

In other words: summer is Italy’s prime season for festivals. So, without further ado, we’ve rounded up three you should absolutely add to your calendar. Diverse in their reach and subjects, they’re worth travelling to (you’ll get to see some rather beautiful spots along the way!) and planning your next holiday around. Take note, and we’ll see you there. 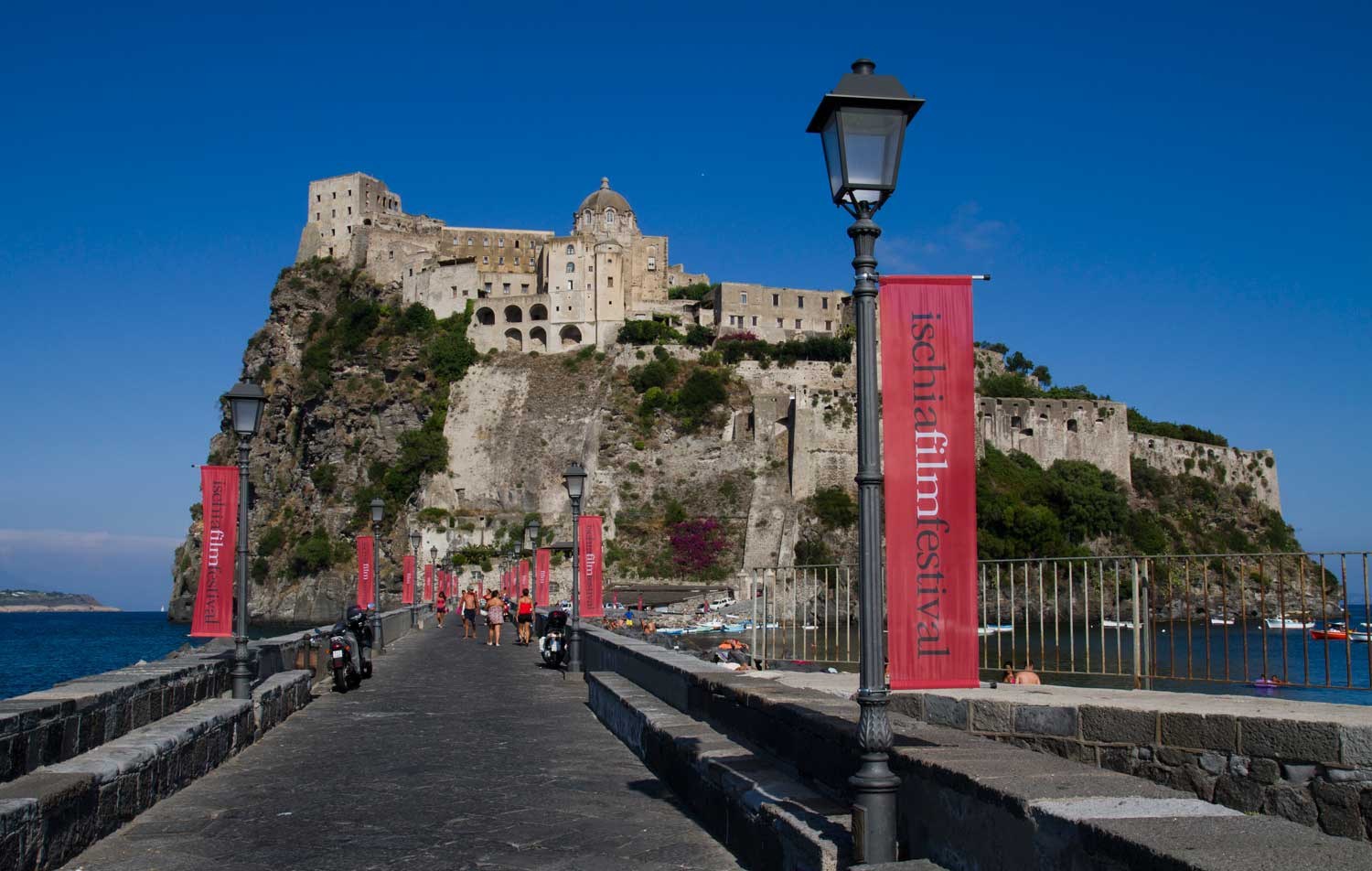 Film buffs should not miss the Ischia Film Festival (IFF), an international film competition held in what’s probably one of the best settings there are: the evocative outdoor spaces of the Aragonese Castle in Ischia Ponte, on our beloved Green Island.

Focusing on the relationship between cinema and territory, the event spans open-air screenings, site-specific exhibitions and sunset talks with directors and actors, from young and emerging names to industry mainstays.

This year marks the 20th edition under the artistic direction of founder Michelangelo Messina, meaning it’s going to be even more special than usual. There’ll be 91 features participating from all over the world – 57 on site and 34 online, for the non-competitive section – covering themes ranging from the environment to human-interest stories, social issues and family dramas; plus the opportunity to attend screenings for free. Every morning at 10 am, 20 tickets will in fact be released on the festival’s website on a first come, first served basis for 20 lucky cinemagoers to snag.

That’s not all. @ischiaismore – the consortium we’re part of with our Mezzatorre Hotel & Thermal Spa – will be partnering up with IFF to give out the Aenaria Award for best scenography, to recognise the importance of the location, the set and the design in establishing a film’s atmosphere.

The accolade makes perfect sense: thanks to its scenic landscapes and dramatic backdrops, Ischia has long been a destination for filmmakers, serving as background for more than 30 feature films, from the 1952 comic romp “The Crimson Pirate” with Burt Lancaster, to the 1999 drama “The Talented Mr. Ripley”, featuring Matt Damon, Jude Law and Gwyneth Paltrow.

Top tip: Stay at Mezzatorre and check out our guide to the island here. Also known as the “Wagner Festival”, since the German composer used its main venue, Villa Rufolo, as a setting in his opera “Parsifal”, Ravello Festival is an annual celebration of music held in the town of Ravello on the Amalfi Coast. Now in its 70th edition, it is one of the oldest and most renowned summer festivals in Italy, not to mention one of its most scenic. Attendees can expect a calendar packed with symphonic concerts, chamber music, piano recitals and even jazz, with world-class orchestras descending upon Ravello to perform. Much of the programme still pay homage to Wagner, the festival’s unofficial presiding genius (the first performance at Villa Rufolo was held in 1953, on the 70th anniversary of Wagner’s death), and takes place on the splendid terrace of Villa Rufolo, on a stage built out over the sea. Attending a concert here is an experience like no other: the combination of music and nature on the edge of the Amalfi Coast is almost otherworldly, and a must at least once in your life. Top tip: Do not miss the renowned dawn concert, held every 11th August. It’s a highlight, and worth staying up all night for. As daylight breaks over Ravello and the gentle notes of a symphony swell to a rousing crescendo, you’ll find yourself under a spell, and possibly decide you want to move to Italy for good. Ravello Festival runs from 8th July to 3rd September. Held in Spoleto, Umbria, the Festival dei Due Mondi (literally, Festival of Two Worlds) hosts some of the best international performing acts from the realms of dance, music, theatre and the visual arts, as well as roundtable discussions on a range of cultural topics. Its 65th edition, which kicks off the 24th of June, will bring to the hillside mediaeval town over 60 shows in 17 days, and more than 500 artists from 36 countries.

The multidisciplinary approach is what makes it especially interesting. Following three programmatic lines – “music of the two worlds” (Europe and America, hence the event’s name), “the voice of women” and “new ways of telling music” – this is a festival with a truly far-reaching intent, set to offer a wide-lens view of what art, in all its forms, can be. Behind that effort is new artistic director Monique Veaute, who was appointed in 2020, although even in its previous iterations Festival dei Due Mondi showed some real substance.Among some of the artists that graced its stages in decades past were Luchino Visconti and Eduardo De Filippo, Rudolf Nurejev, Dario Fo, Carla Fracci, Thomas Schippers (whose ashes are buried in the Duomo square, where he conducted many festivals’ closing concerts), and Ezra Pound, but also Hollywood names like Tim Robbins and Willem Dafoe.Top tip: After the festival, pack your bags and head to Città di Castello for more culture. This is the home of Fondazione Burri, one of the most important destinations in the history of modern art. Read more about it here.Festival dei Due Mondi runs from 24th June to 10th July.
PrevPreviousISSIMO Spotlight:
A Chat With Aquazzura’s Edgardo Osorio
NextThe Italian Summer Wardrobe:
How Holiday Style Has Evolved Through the DecadesNext
WISHLIST